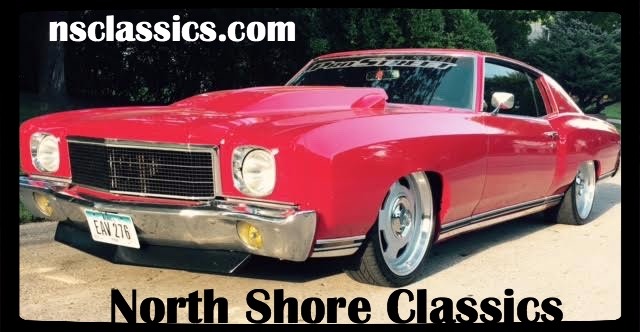 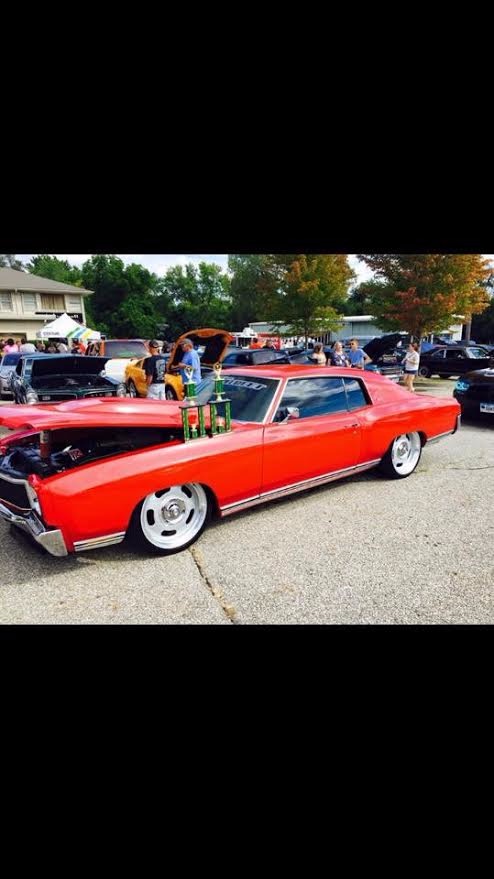 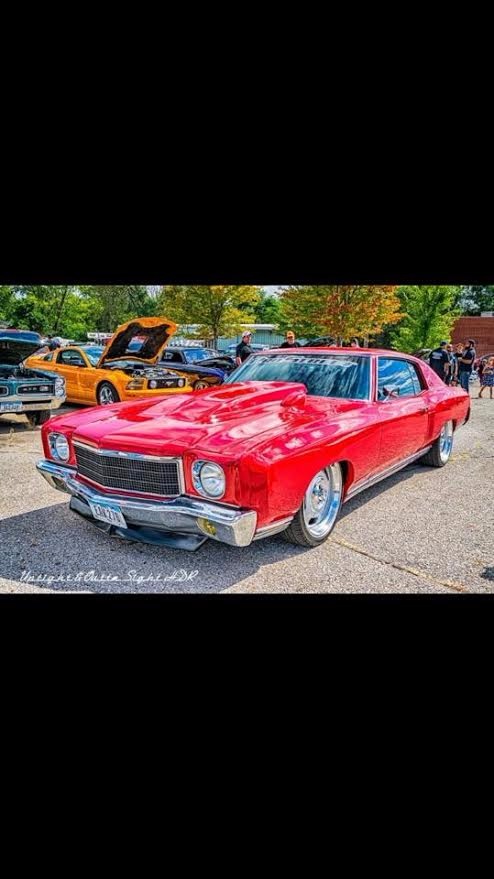 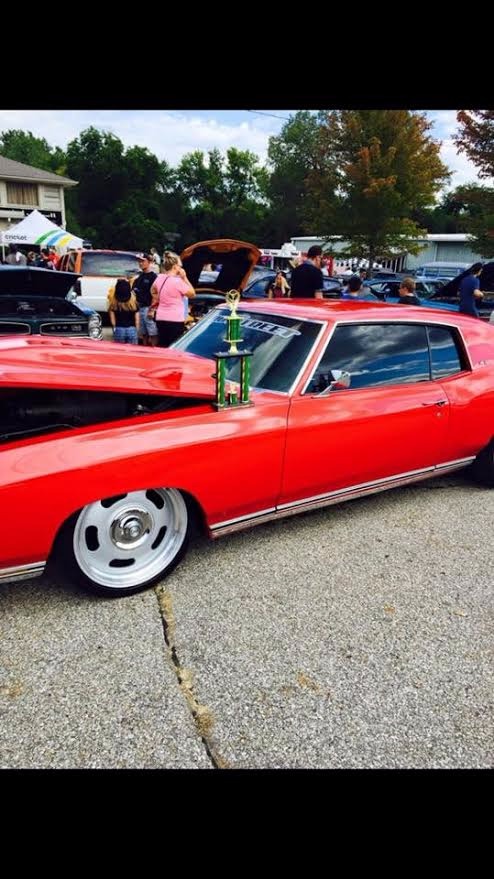 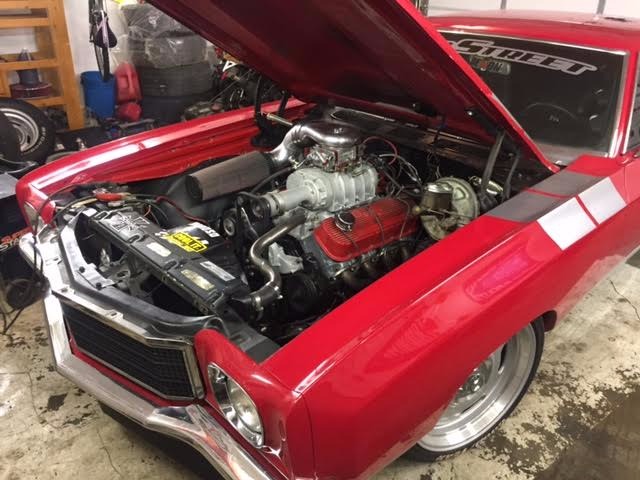 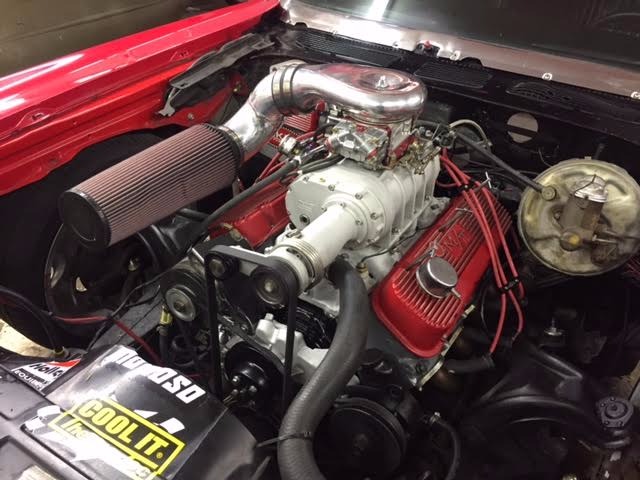 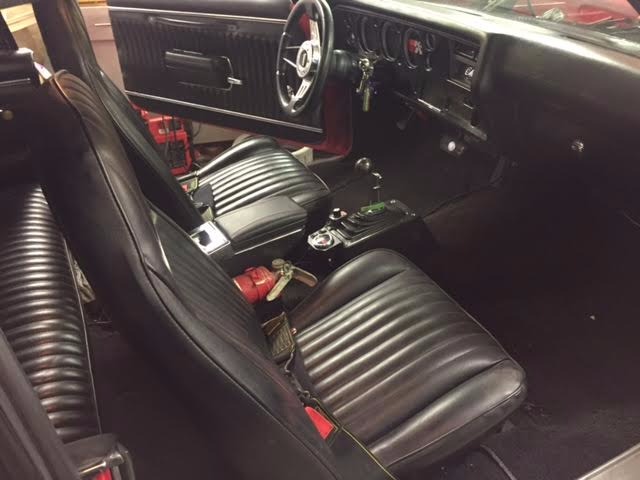 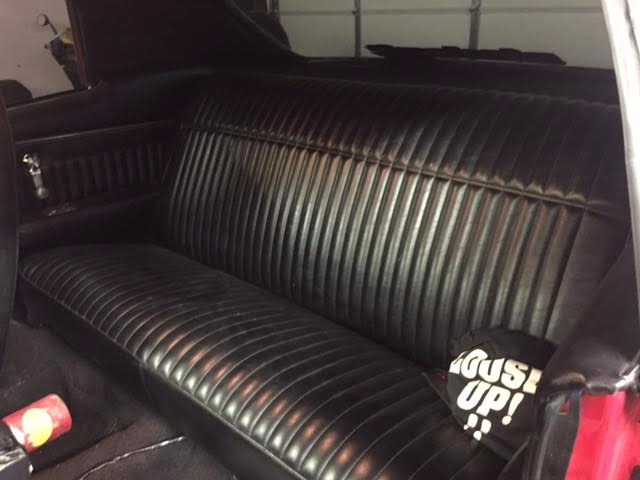 
The Chevrolet Monte Carlo is a two-door coupe that was produced by Chevrolet through six generations from the 1970 to the 2007 model years. It was marketed as a personal luxury car, with the last generation classified as a full-sized coup When production ended in 2007, the Monte Carlo had outlived many competitors that were either discontinued or changed in concept to either a four-door sedan or small sport coupe.

The car was named for the city Monte Carlo in the Principality of Monaco, specifically the ward of Monte Carlo/Splugues.

The first four generations of the Monte Carlo (197072, 197377, 197880, and 198188) were of a rear-wheel-drive, V8-powered (a V6 engine from 1978) coupe design, utilizing body-on-frame construction. The later rear-wheel-drive generations did not incorporate the trend of uni-body construction that became more prevalent in the early 1980s as automakers downsized their vehicle lines to satisfy increasing demand for fuel-economy after the 1973 oil crisis and the early 1980s recession. The SS model was reintroduced from mid-1983 to 1988 with a 305 cu in (5.0 L) V8.

After the discontinuation of the rear-drive Monte Carlo after 1988, the nameplate was revived in 1995 for the fifth-generation, a front-drive, V6-powered coupe based on the Chevrolet Lumina sedan. The sixth and final-generation Monte Carlo in 2000 was built alongside the Chevrolet Impala, which succeeded the Lumina as Chevy's mid-sized sedan. The Monte Carlo SS was revived from 2000 to 2007, that was initially powered by 3.8 L V6 (supercharged in 2004 and 2005) and by a 5.3 L V8 for 2006 and 2007.

For the 1968 model year, GM instituted a split-wheelbase policy for its A-platform intermediate-sized cars. Two-door models would have a 112 in (2,845 mm) wheelbase, 116 in (2,946 mm) for sedans, and 121 in (3,073 mm) for station wagons. In 1969, GM introduced the Pontiac Grand Prix, a two-door that used A-platform layout that was stretched ahead of the firewall to make it 210.2-inch (5,339 mm) long. This gave the design an unusually long hood design helping the new Grand Prix to outsell its larger B-body predecessor, despite higher prices. The new layout was first known as the A-body Special, but would evolve into its own class known as the G-platform.

The Monte Carlo started as a Chevrolet counterpart to the Pontiac Grand Prix, as conceived by Elliot M. (Pete) Estes, general manager of Chevrolet, and Chevrolet's chief stylist, David Holls. They modeled the styling on the contemporary Cadillac Eldorado, although much of the body and structure were shared with the Chevrolet Chevelle (firewall, windshield, decklid, and rear window were the same). New exterior "coke bottle styling" featured concealed windshield wipers. A light monitoring system was optional.

A mid-1990s article in the magazine Chevrolet High Performance stated that the first generation Monte Carlo was known to Chevrolet management under the working name Concours. Usual practice at the time was that all Chevrolet model development names started with a "C". At one point, the proposal called for a formal coupe, sedan, and convertible. It has been noted that the sedan resembled a full-size Oldsmobile 98 prior to the use of the GM G platform with at least one photo showing the pull-up door handles that would be introduced on the 1970 Camaro and 1971 Vega and full-sized Chevys, but not appear on Monte Carlos until the second-generation model debuted in 1973. When the car debuted for the 1970 model year, the only body style available was the two-door hardtop.

Though the Monte Carlo was developed at Chevrolet under the leadership of Pete Estes, it was formally introduced in September, 1969 by John Z. DeLorean, who succeeded Estes as Chevrolet's general manager earlier in the year after previously heading the Pontiac division, where he led the development of the Grand Prix.

The standard powertrain was the 350 cu in (5.7 L) Chevrolet "Turbo-Fire" small-block V8 with a two-barrel carburetor, rated at 250 hp (186 kW) (gross) at 4500 rpm and 345 lbft (468 Nm) of torque at 2800 rpm, mated to a column-mounted 3-speed Synchro-Mesh manual transmission. Front disc brakes were standard equipment. The dashboard was basically identical to the Chevelle except for fake wood trim, according to Holls a photographic reproduction of the elm trim used by Rolls-Royce, and higher grade nylon (or vinyl) upholstery and deep-twist carpeting were used. Base priced at US$3,123, the Monte Carlo cost $218 more than a comparable Chevelle Malibu.

The most sporty and powerful option was the Monte Carlo SS 454 package. Priced at $420, it included a standard Turbo-Jet 454 of 454 CID (7.4 L) with a four-barrel carburetor, rated at 360 hp (269 kW)[4] at 4800 rpm. It also included heavy-duty suspension, wider tires, "SS 454" badging, and an automatic load-leveling rear suspension. The Turbo Hydra-Matic three-speed automatic was the only transmission available for this package. The rear axle came standard with a 3.06 ratio but was available in 2.56 and 3.31, although it still cost $222 (142) extra. Weighing only a bit more than a comparably equipped Chevelle SS 454, the Monte Carlo SS was quite a fast car, although it accounted for less than 3% of Monte Carlos sold in 1970.

A labor strike at Chevrolet's Flint, Michigan assembly plant (where most Monte Carlo production was scheduled) during the early months of the 1970 model year immediately following the car's introduction on September 18, 1969 limited overall model-year sales to 159,341; short of the projected 185,000. During those early months, Monte Carlos were in short supply, with full-scale production not happening until February 1970, leaving many would-be buyers disappointed after going to their Chevrolet dealers and finding no Monte Carlos in stock. Once full production was underway, Monte Carlos sold well and often at full list price (usually being ordered with many extra-cost options), making it a profitable model for Chevrolet and its dealership networks. SS 454s, however, did not sell so well in 1970, with only 3,823 of the 1970 Monte Carlos being the most powerful model in the range.

Popular Mechanics reported 82% of readers who bought a Monte Carlo got one for the styling, and 92% ordered Power Brakes.