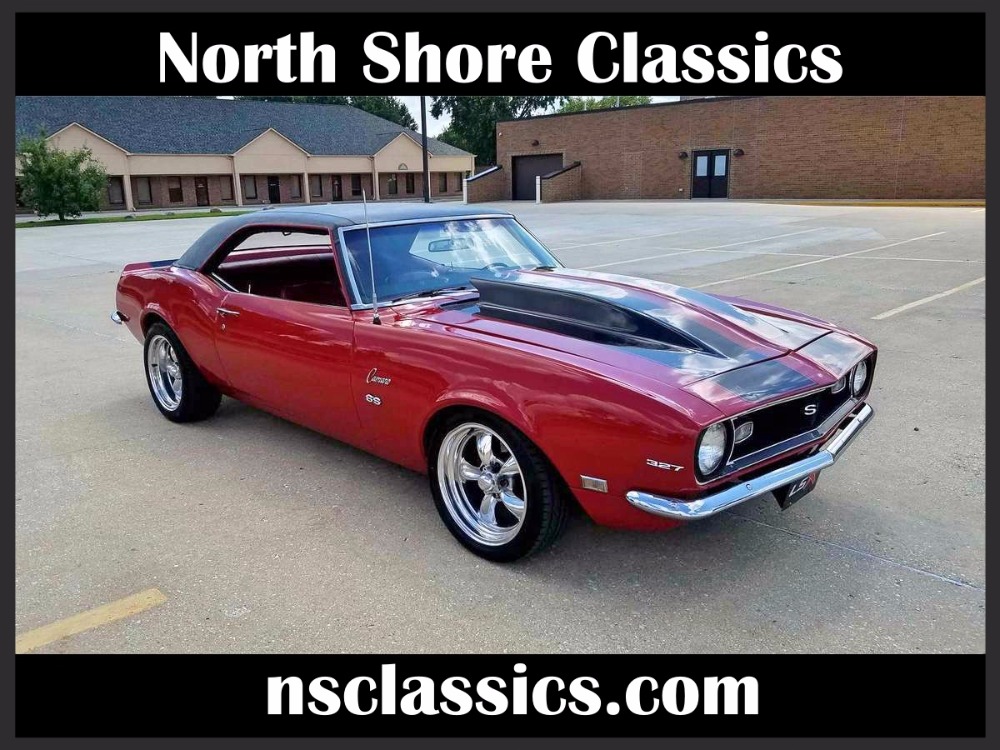 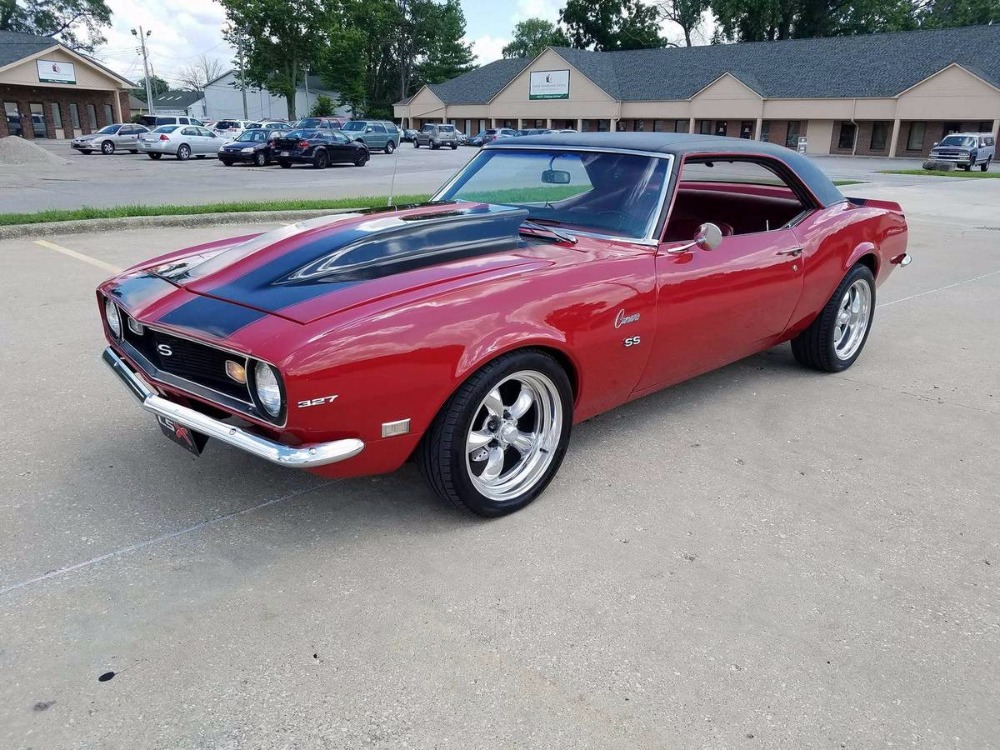 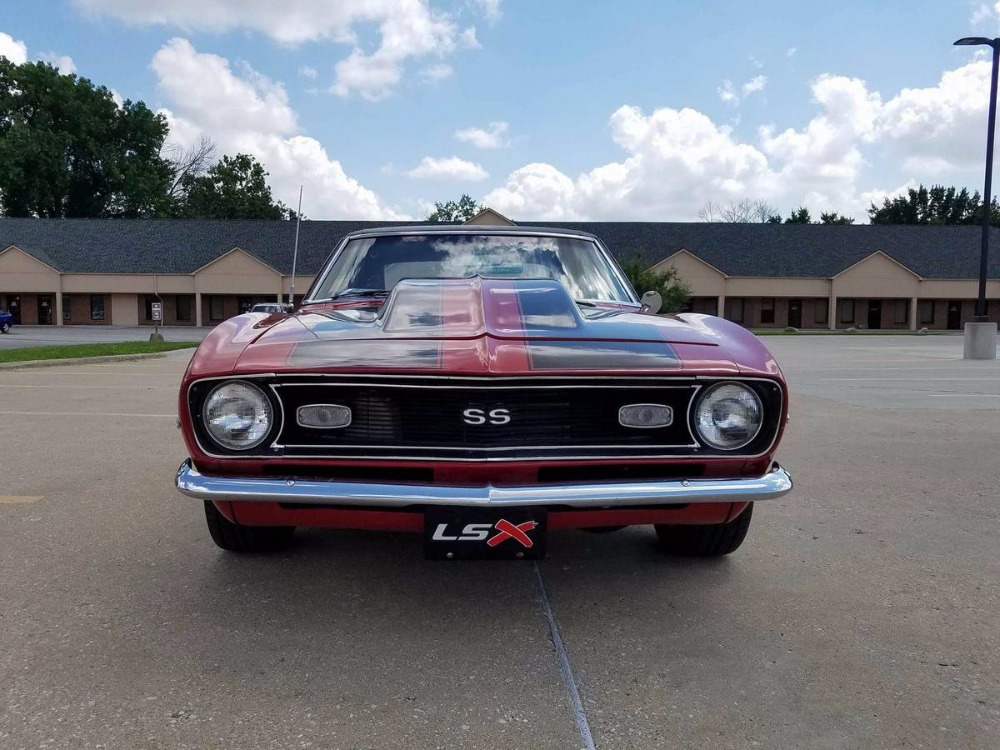 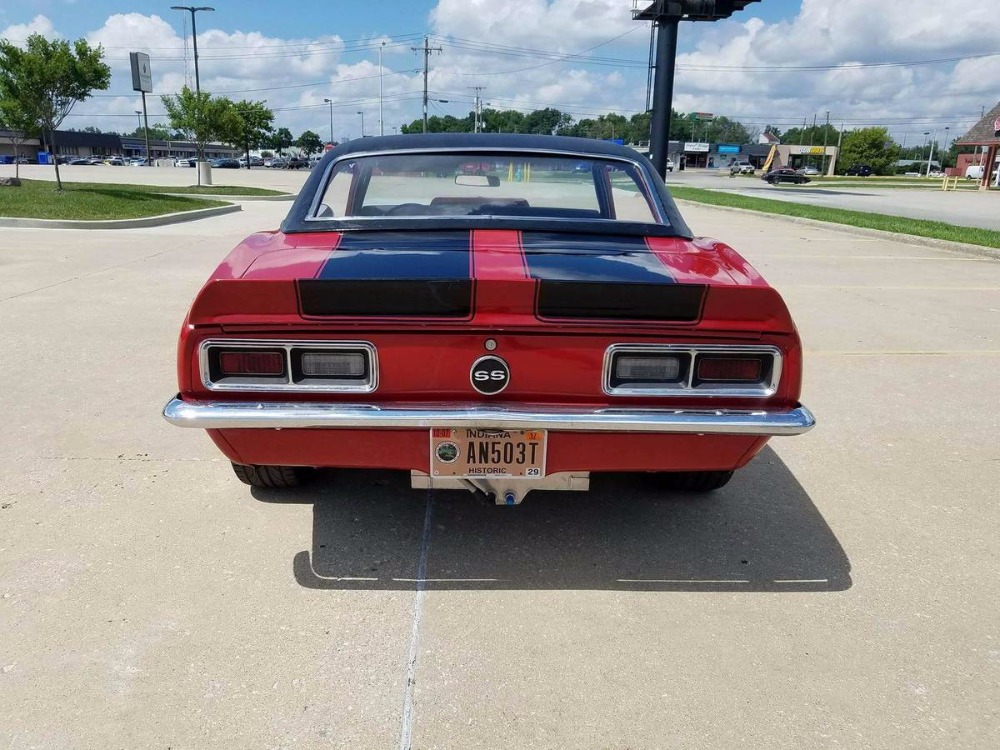 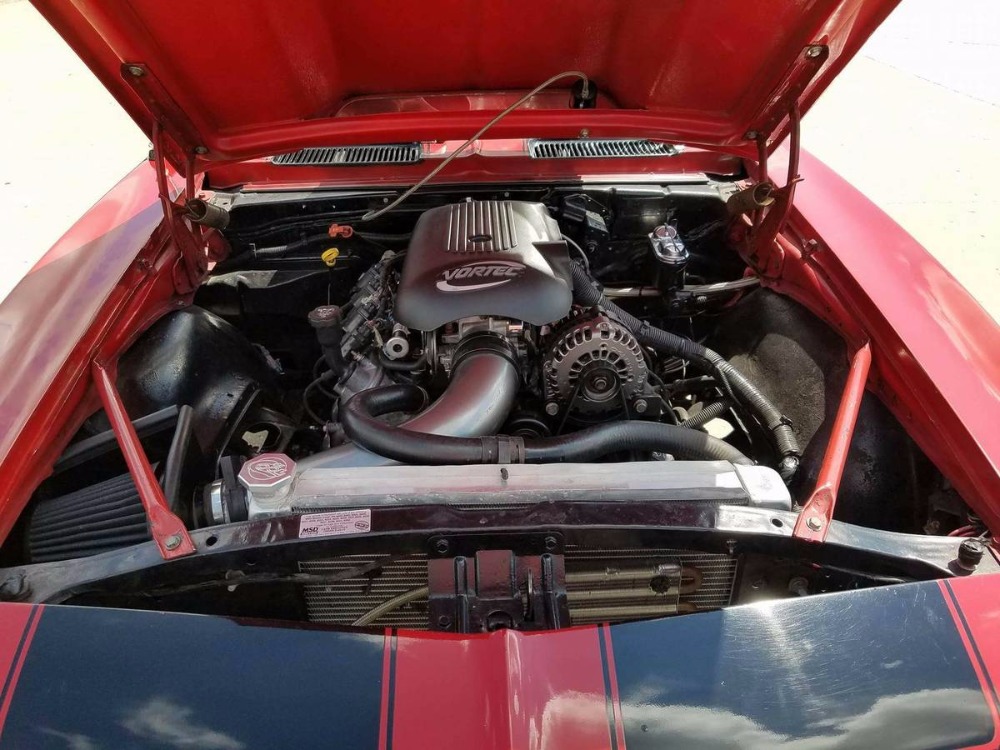 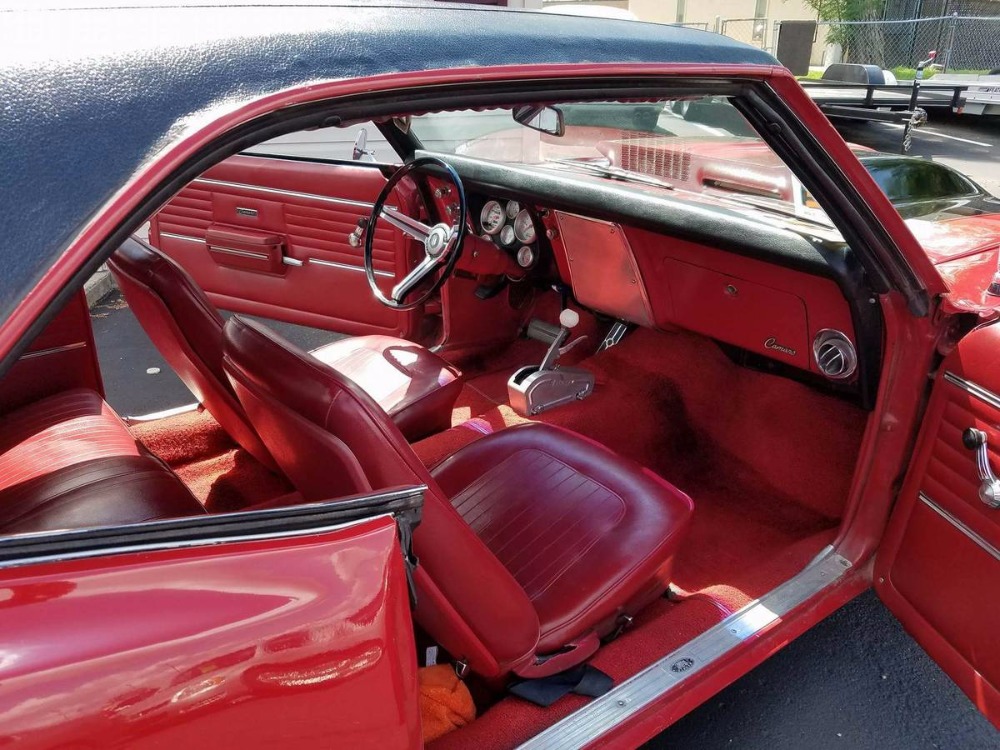 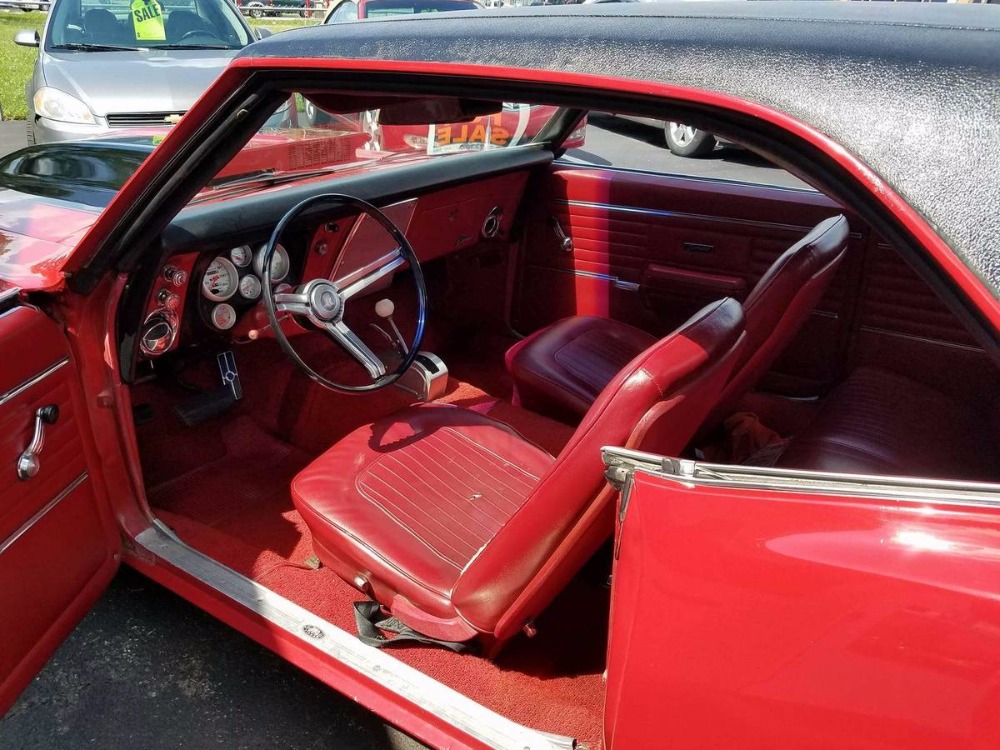 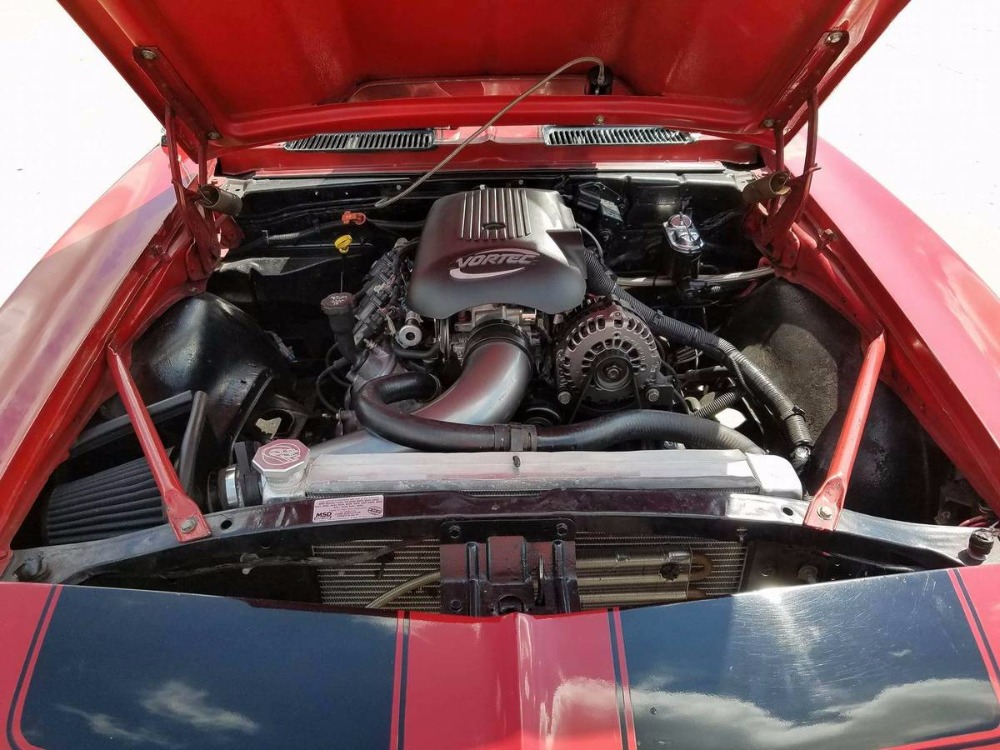 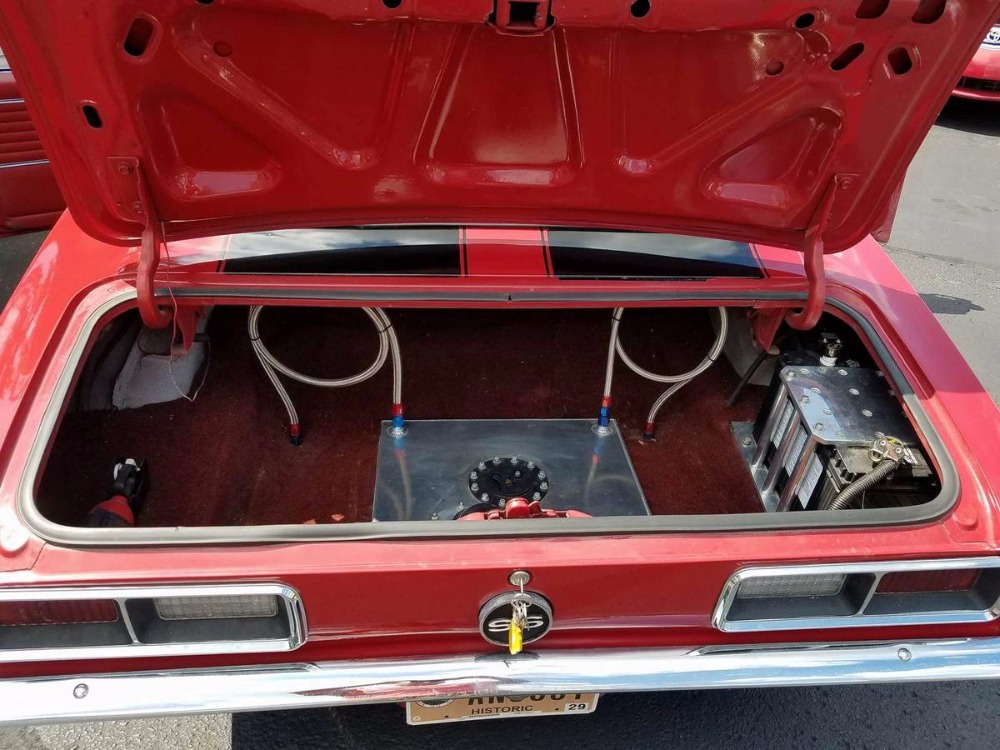 The styling of the 1968 Camaro was very similar to the 1967 design. With the introduction of Astro Ventilation, a fresh-air-inlet system, the side vent windows were deleted. Side marker lights were added on the front and rear fenders which was a government requirement for all 1968 vehicles. It also had a more pointed front grille and divided rear taillights. The front running lights (on non-RS models) were also changed from circular to oval. The big block SS models received chrome hood inserts that imitated velocity stacks.

The shock absorber mounting was staggered to resolve wheel hop issues and higher performance models received multi-leaf rear springs instead of single-leaf units. A 396 cu in (6.5 L) 350 hp (261 kW) big block engine was added as an option for the SS, and the Z28 appeared in Camaro brochures. The 427 cu in (7.0 l) was not available as a Regular Production Option (RPO). Several dealers, such as Baldwin-Motion, Dana, and Yenko, offered the 427 as a dealer-installed replacement for the factory-supplied 396 cid engine.

While the Z/28 variant was previously available as a track-only car during the 1967 production run, Chevrolet's Special Production Division came up with an ingenious plan to make the Z/28 available for public road use. They had to convince Chevrolet's General Manager Pete Estes to allow a production run by first building a road-ready Z/28 for him to drive. But the General Manager only drove convertible vehicles, and the Z/28 was never produced as a convertible. A Central Office Production Order (COPO) was placed for the only Z/28 convertible Camaro ever created. The car was placed in the executive garage which Pete Estes had access to. Upon driving the vehicle, he promptly gave approval for production of the Z/28. A 1968 Z/28 famously competed in the 1971 British Saloon Car Championship at Crystal Palace in a three-way battle for the lead, a race which was later featured in the BBCs 100 Greatest Sporting Moments.