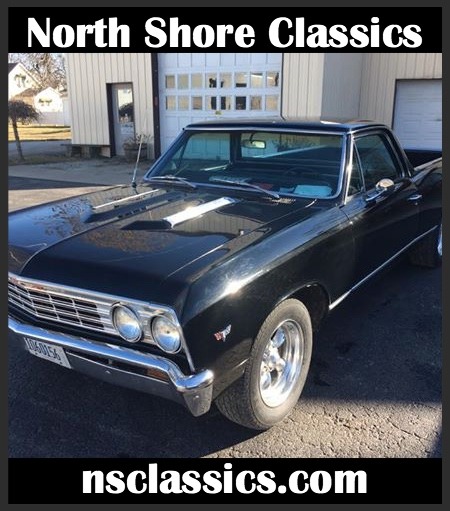 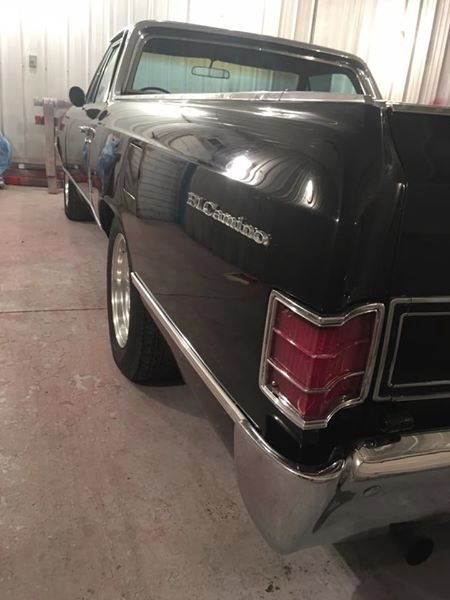 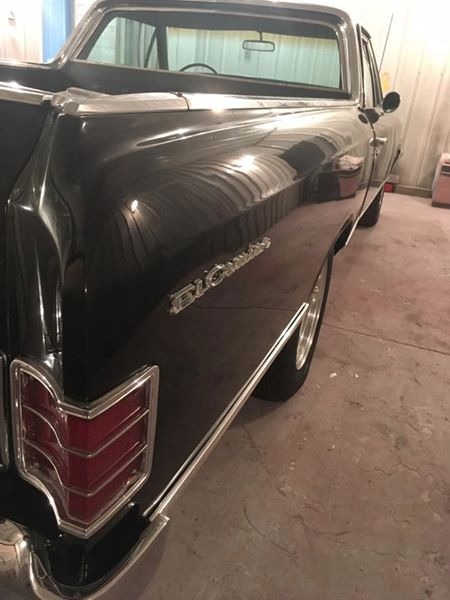 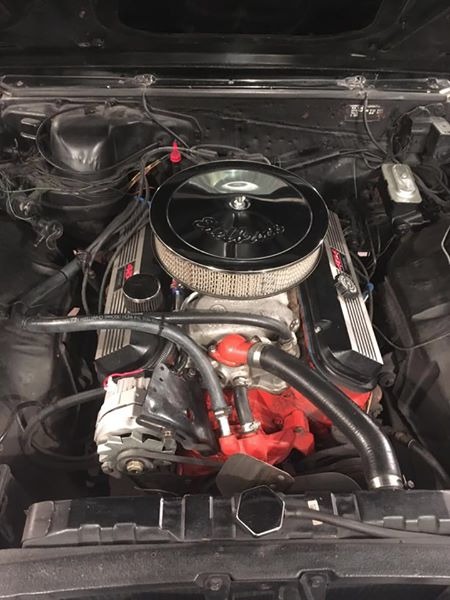 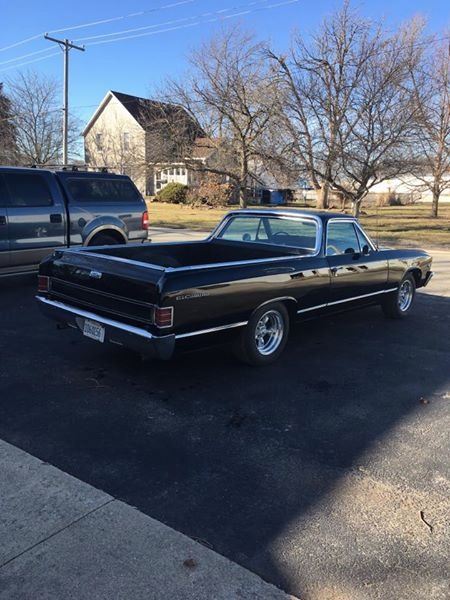 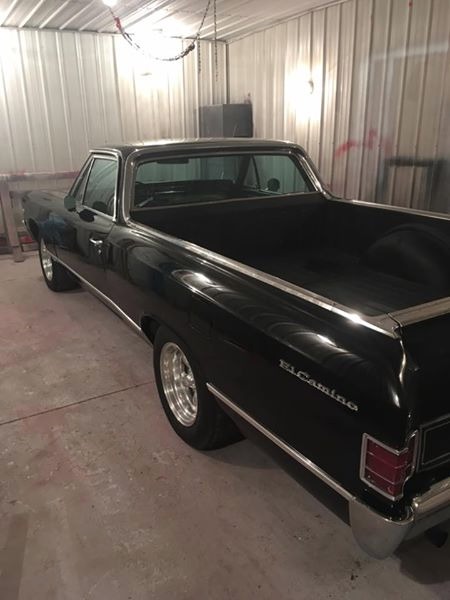 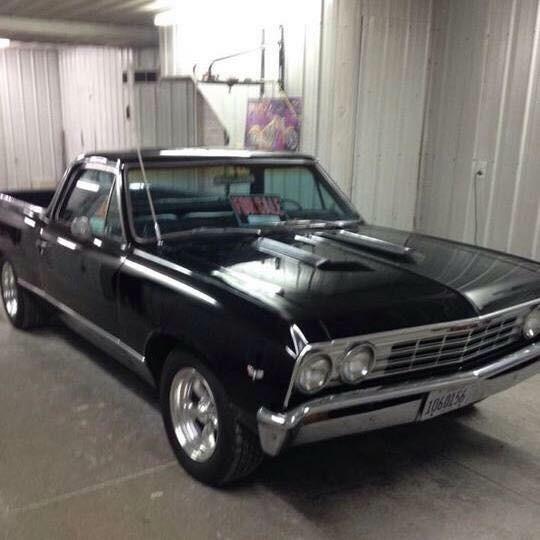 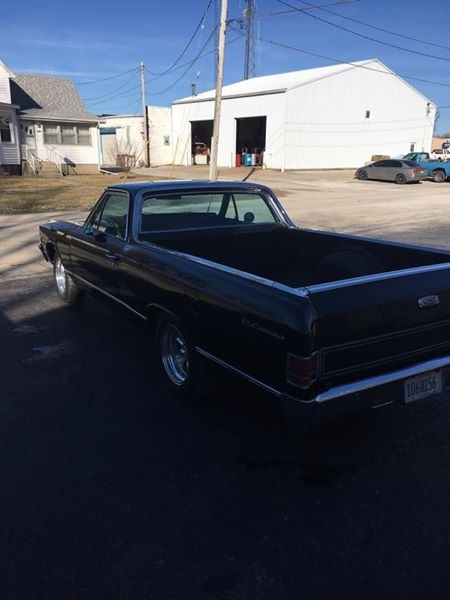 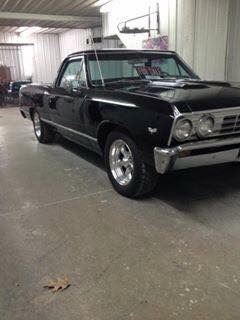 HISTORYChevrolet El Camino is a coup utility/pickup vehicle that was produced by Chevrolet between 1959 -60 and 1964-87.Introduced in the 1959 1960 model years in response to the success of the Ford Ranchero pickup, its first run lasted only two years. Production resumed for the 19641977 model years based on the Chevelle platform, and continued for the 1978 1987 model years based on the GM G-body platform.Although based on corresponding Chevrolet car lines, the vehicle is classified and titled in North America as a truck. GMC's badge engineered El Camino variant, the Sprint, was introduced for the 1971 model year. Renamed Caballero in 1978, it was also produced through the 1987 model year.Chevy introduced a longer El Camino in 1968, based on the Chevelle station wagon/four-door sedan wheelbase (116 in (2,946 mm), overall length: 208 in (5,283 mm)); it also shared Chevelle Malibu exterior and interior trims. The interior was revamped including cloth and vinyl or all-vinyl bench seats and deep twist carpeting. All-vinyl Strato bucket seats and center console were an $111 option. Power front disc brakes and Positraction were optional. A new, high-performance Super Sport SS396 version was launched. The Turbo-Jet 396 had 325 bhp (242 kW) or 350 bhp (260 kW) versions. Returning to the official options list for the first time since late 1966 was the 375 bhp (280 kW) L78. It had solid lifters, big-port heads, and an 800 cfm Holley four-barrel on a low-rise aluminum manifold. A three-speed manual was standard with all engines, and a four-speed or automatic was optional. In 1968, the SS was a separate model (the "SS-396").The 1969 models showed only minor changes, led by more-rounded front-end styling. A single chrome bar connected quad headlights, and a slotted bumper held the parking lights. New round instrument pods replaced the former linear layout. For the first time, the Chevrolet 350 V8 was used in an El Camino. The Super Sport group included a 265- or 325-horsepower 396-cubic-inch V8 beneath a double-domed hood, along with a black-out grille displaying an SS emblem. More potent editions of the 396 engine, developing 350 or 375 horsepower (280 kW) also made the options list. Options included power windows and locks. Curiously, back-up lights moved from the rear bumper to the tailgate, where they were ineffective when the gate was down.The 1970 models received sheet metal revisions that gave the bodies a more squared-up stance, and interiors were also redesigned. The new SS396, which actually displaced 402 cu in (6.6 L) (although all emblems read 396) was available. Chevrolet's largest and most-powerful engine of the time was also put into a select few El Caminos. The LS6 454 CID engine, rated at 450 hp (336 kW) and 500 lbft (680 Nm) of torque, gave the El Camino 1/4-mile times in the lower 13-second range at around 108 mph (174 km/h).The 1971 El Camino got fresh front-end styling that included large Power-Beam single-unit headlights, a reworked grille and bumper, and integral park/signal/marker lights. For 1971, mandated lower-octane unleaded fuel necessitated a reduction in engine compression, and GM's A.I.R. system, a "smog pump", was added to control tailpipe emissions. Power and performance were reduced. Engine offerings for 1971 included the 250-6, small-block V8s of 307 and 350 cubic inches; and big block V8s of 402 and 454-cubic-inch displacements. Horsepower ratings of those engines for 1971 ranged from 145 for the six to 365 for the RPO LS5 454 all in gross figures. The LS6 454 V8 was gone forever. A rebadged El Camino, the GMC Sprint debuted in 1971. It shared the same engine and transmission offerings as its Chevrolet counterpart.The 1972 El Caminos wore single-unit parking and side marker lights on their front fenders, outside of a revised twin-bar grille, but little changed. For 1972, horsepower measurements were switched to the "net" figures as installed in a vehicle with all accessories and emission controls hooked up. Engine offerings included the 110 horsepower (82 kW) 250-6, a 307 V8, a 175 horsepower (130 kW) 350-cubic-inch V8, and big block V8s of 402 and 454 cubic-inch displacements. The 402-cubic-inch (still known as a 396) produced 240 horsepower (180 kW); the 454 managed to put out 270 horsepower (200 kW) under the net rating system. Super Sport equipment could now be ordered with any V8 engine, including the base 307-cubic-inch version. All 1972 El Caminos with the 454 ci engine have a "W" as the fifth digit in the VIN, and the 454 was only available with Super Sport trim.