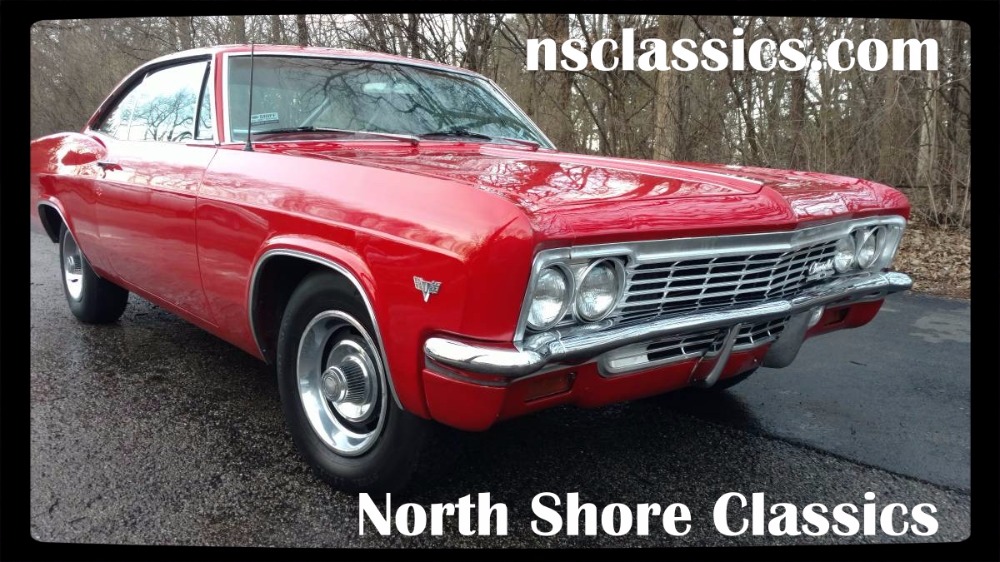 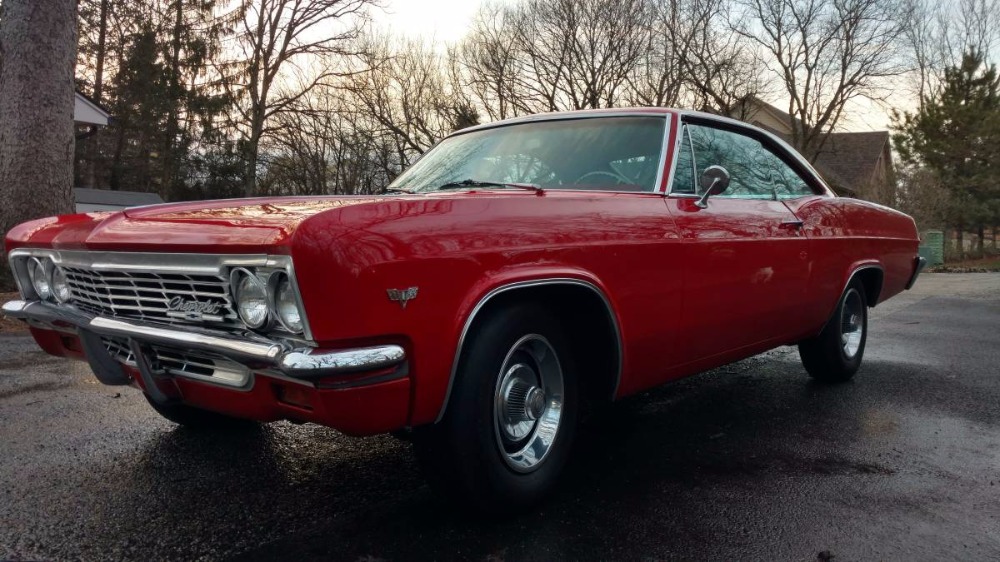 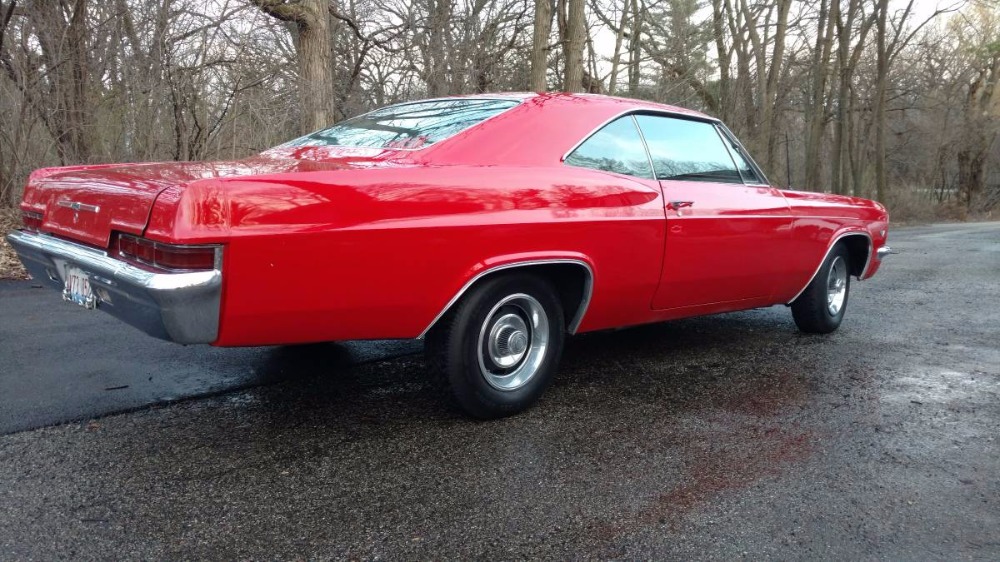 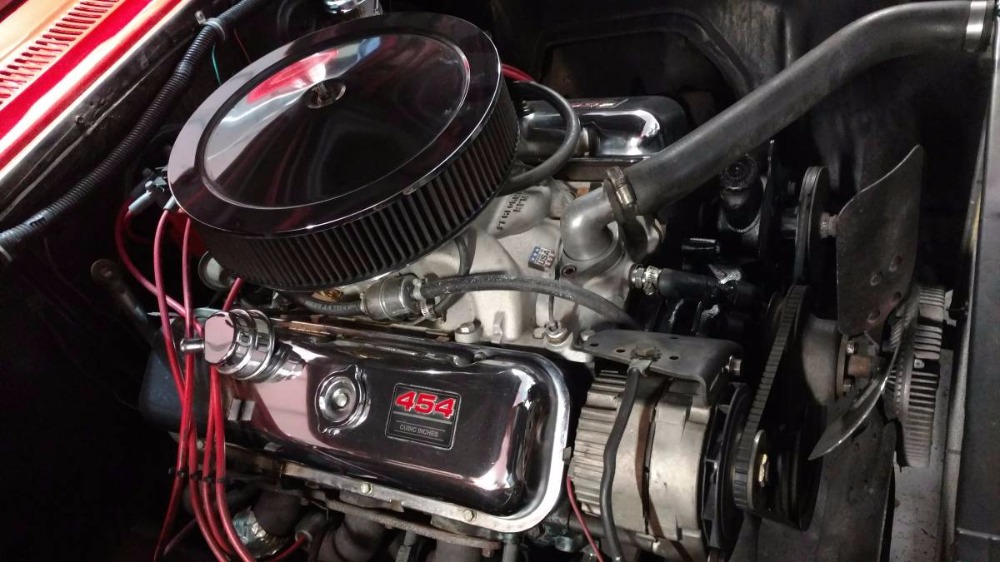 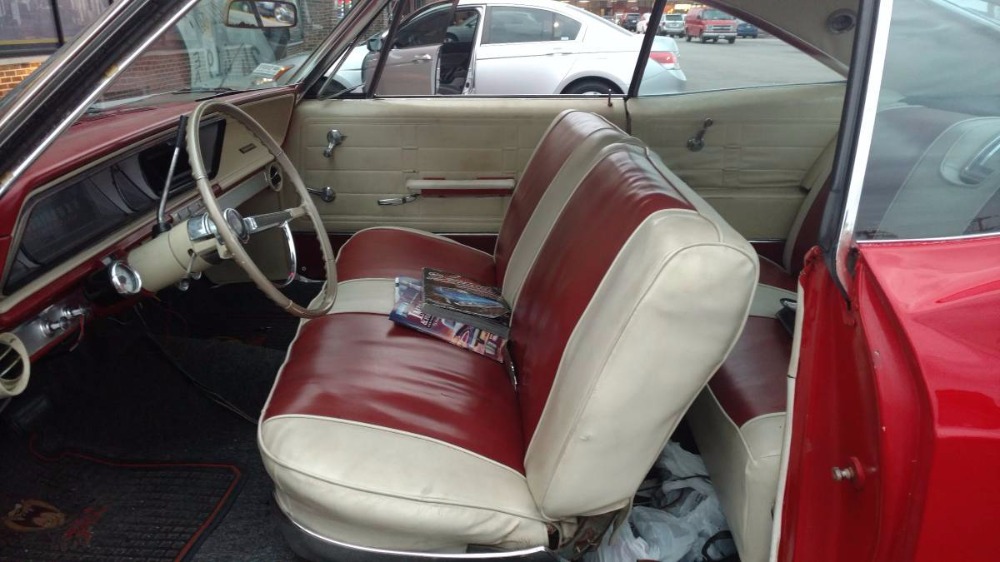 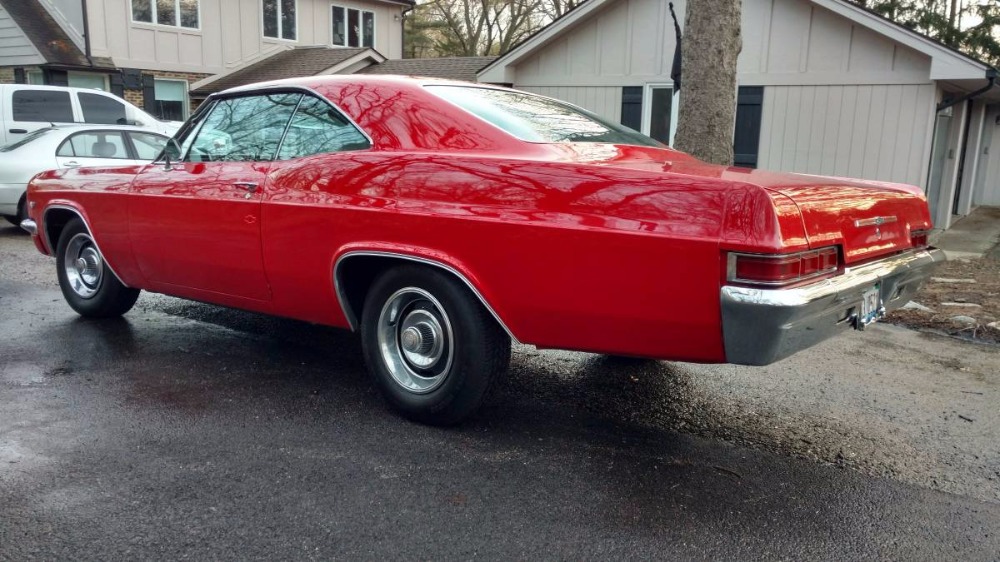 Clean 1966 Chevrolet Impala
454V8 motor - Automatic transmission
Transmission is out of a 1978 Suburban
Showing 66k miles on the clock
Full-length headers 10-Bolt rear-end
Runs and drives Great- Turn the Key and Drive!
Power Steering
All around drum brakes
Red Exterior has been repainted paint is in good driver quality condition
There is a small hole in the trunk floor and some surface rust on the undercarriage
Tan and Red interior shows well
There is a small hole in the drivers side seat
No cracks on the dash and all dash gauges are working
Turn signal switch doesn't work and will need to be replaced
New Sony aftermarket stereo with AM/ FM radio and CD player

HISTORYThe Chevrolet Impala (/ʃɛvrəˈleɪ/ shev-rə-lay) (ɪmˈpɑːlə,-ˈpalə/) is a full-size car built by Chevrolet for model years 1958 to 1985, 1994 to 1996, and 2000 to present. The Chevrolet Impala derived its name from the African antelope of the same name.The Impala was Chevrolet's most expensive passenger model through 1965, and had become the best-selling automobile in the United States.For its debut in 1958, the Impala was distinguished from other models by its symmetrical triple taillights, which returned from 1960 to 1996. The Caprice was introduced as a top-line Impala Sport Sedan for model year 1965, later becoming a separate series positioned above the Impala in 1966, which, in turn, remained above the Bel Air and the Biscayne. The Impala continued as Chevrolet's most popular full-size model through the mid-1980s. Between 1994 and 1996, the Impala was revised as a 5.7-liter V8powered version of the Caprice Classic sedan.In 2000, the Impala was re-introduced again as a mainstream front-wheel drive Hi-Mid sedan. As of February 2014, the 2014 Impala ranked number one among Affordable Large Cars in U.S. News & World Report's rankings. When the current tenth generation of the Impala was introduced for the 2014 model year, the ninth generation was rebadged as the Impala Limited and sold only to fleet customers through 2016. As of the 2015 model year, both versions are sold in the United States, Canada, and Mexico, with the current-generation Impala also sold in the Middle East, the Philippines, and South Korea.