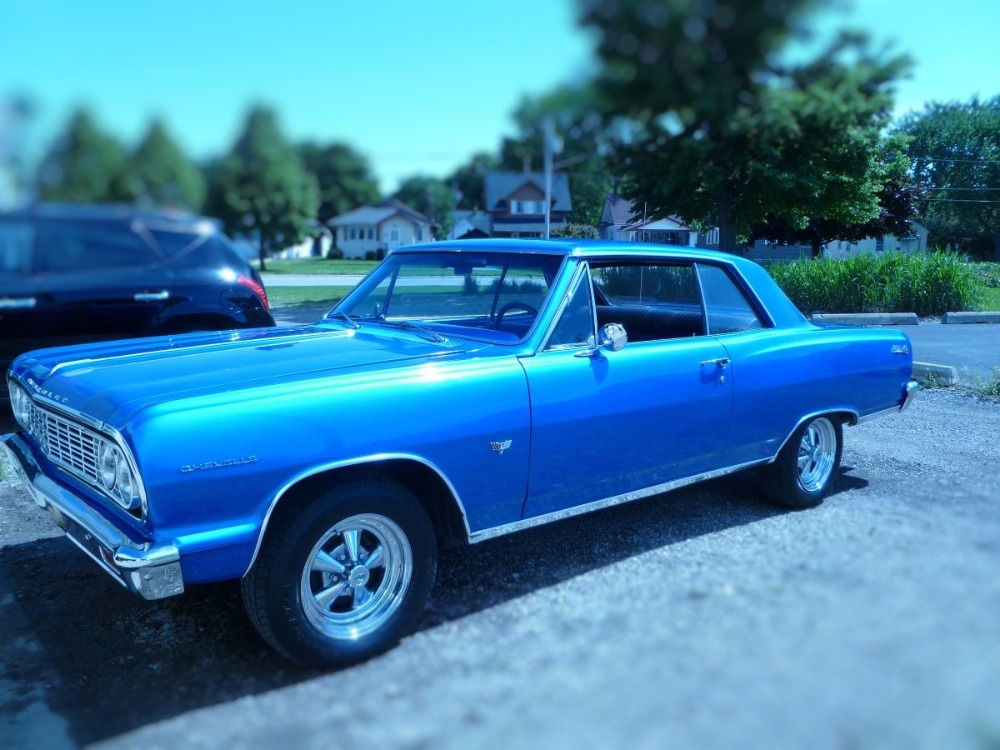 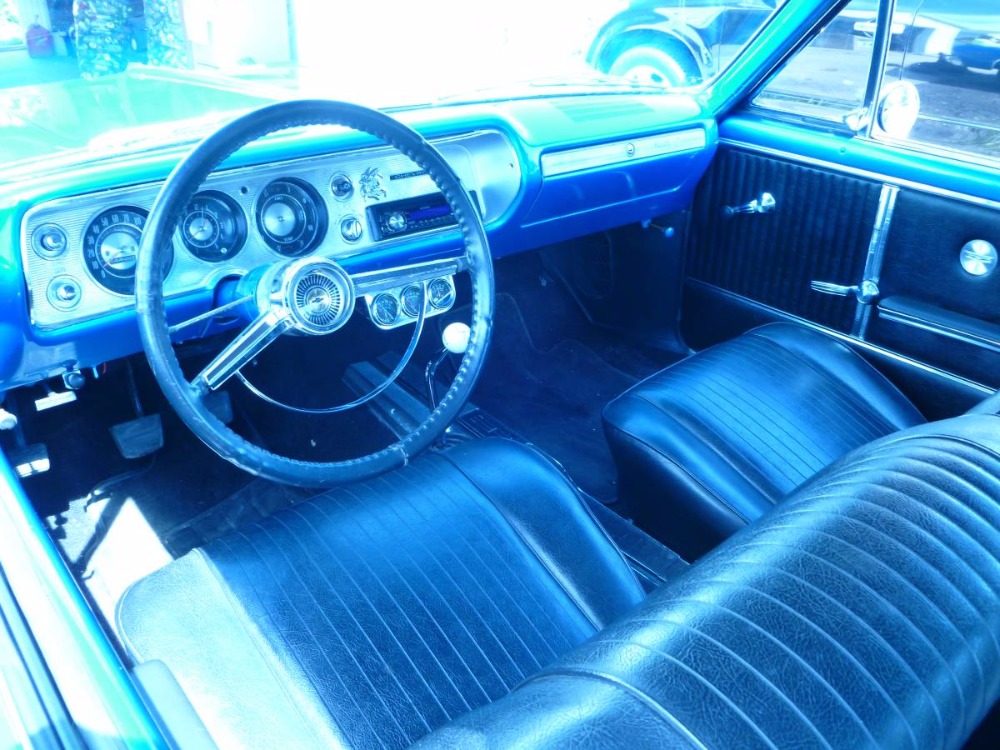 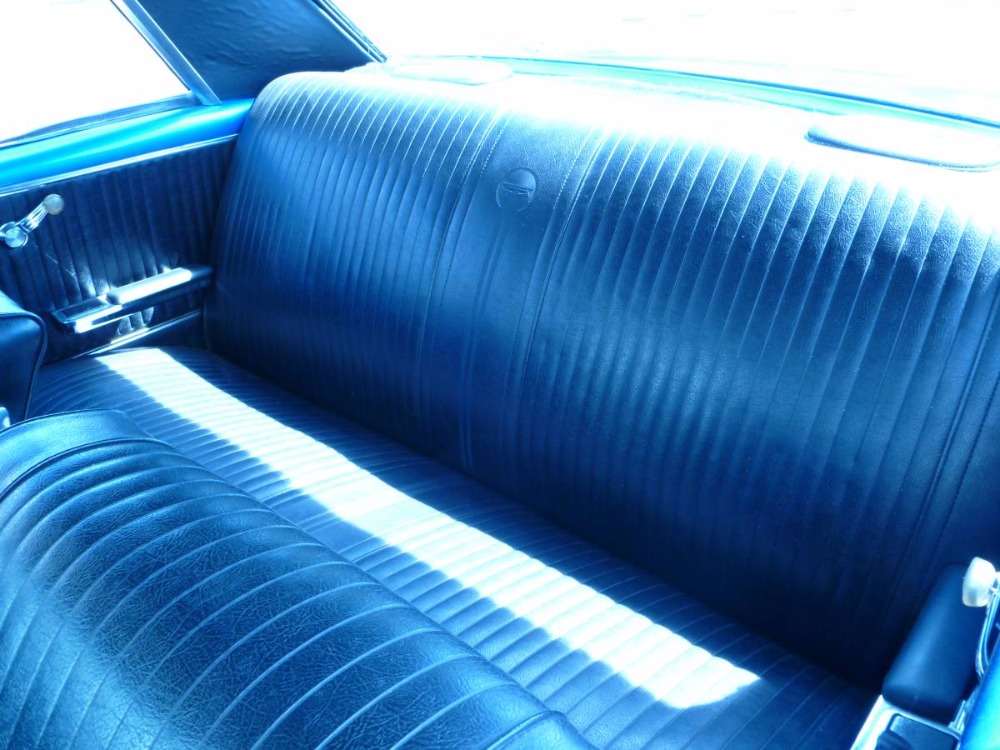 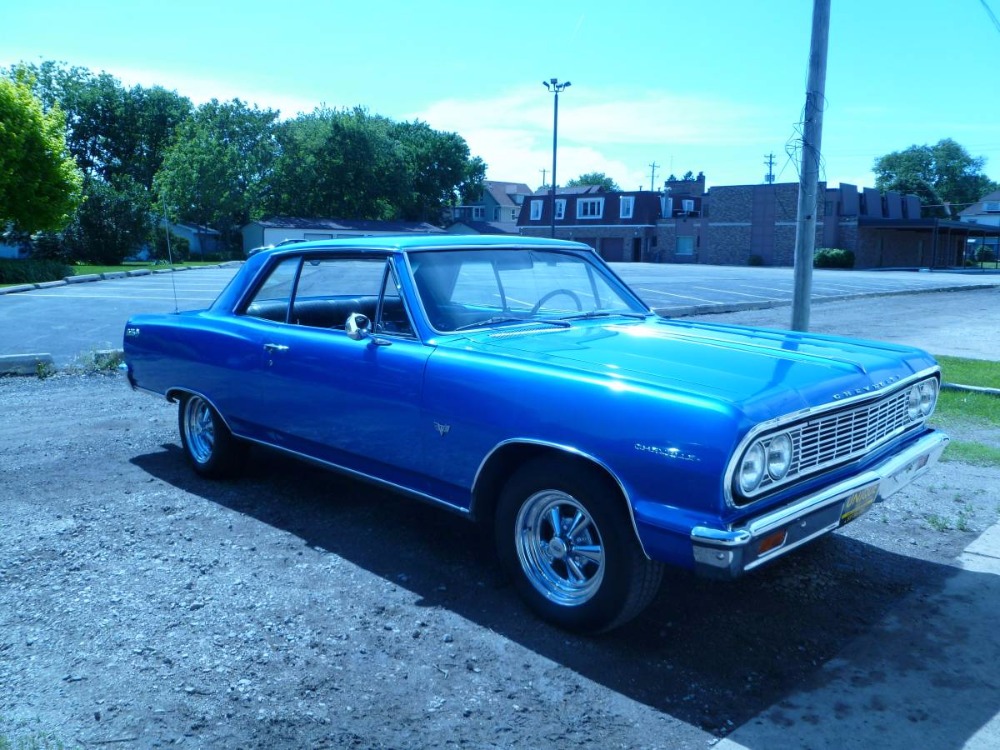 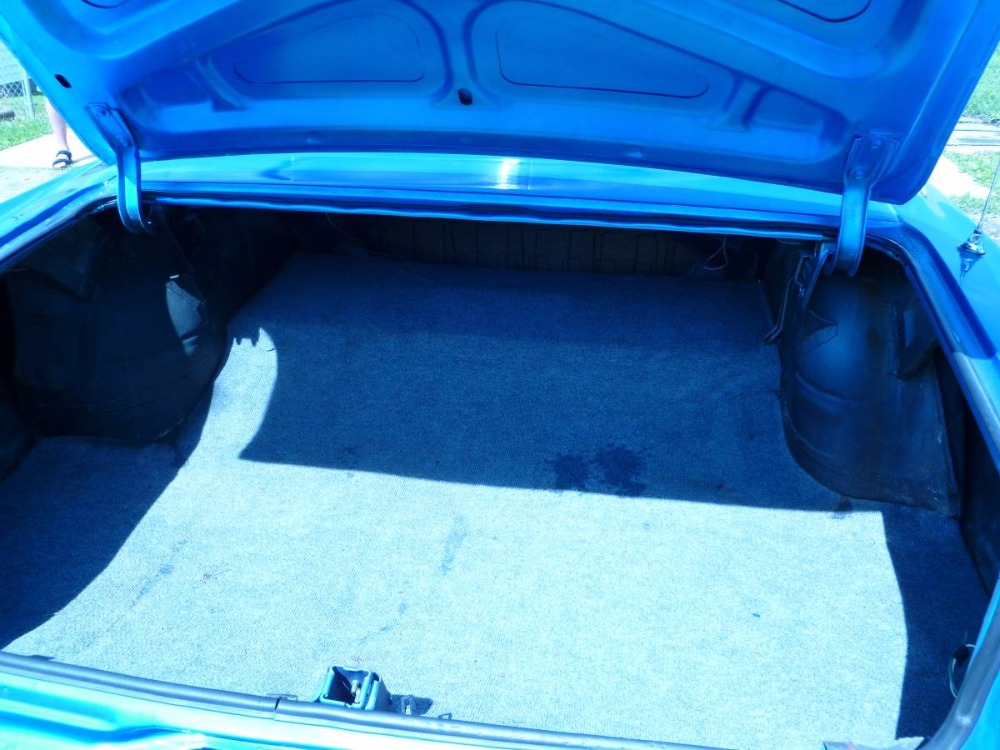 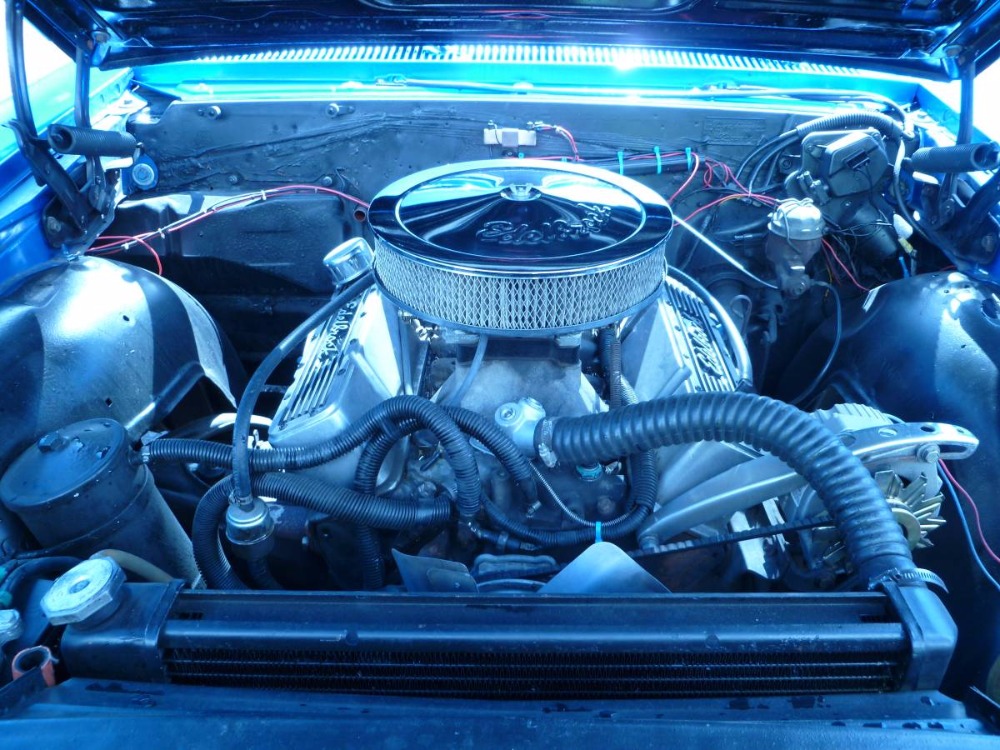 1964 Chevrolet Chevelle Malibu Super Sport
This is a TRUE SS 2-door hardtop
350 SB V8 with a Mild cam, dual exhaust, and a 4- speed manual transmission
10-Bolt Posi Rear-end 3:73 Gears
Blue exterior and exterior chrome is in Good condition
Black interior
No cracks on the dash or tears in the seats
Floor Shift
Heat/defrost and some gauges are currently not working including the Odometer and temp gauges
tach and gas gauge are both working

HISTORYThe Chevrolet Chevelle is a mid-sized automobile which was produced by Chevrolet in three generations for the 1964 through 1978 model years. Part of the General Motors (GM) A-Body platform, the Chevelle was one of Chevrolet's most successful nameplates. Body styles include coupes, sedans, convertibles and station wagons. Super Sport versions were produced through the 1973 model year, and Lagunas from 1973 through 1976. After a three-year absence, the El Camino was reintroduced as part of the new Chevelle lineup. The Chevelle also provided the platform for the Monte Carlo introduced in 1970. The Malibu, the top of the line model through 1972, replaced the Chevelle nameplate for the redesigned, downsized 1978 models.In 1970, sheetmetal revisions gave the bodies a more squared-up stance following the coke bottle styling, interiors were also redesigned too. The 1970 Chevelle shared many sheet metal body parts with the 1970 Buick Skylark GSX, both are GM automobiles and have interchangeable sheet metal. They're also the only 2 high performance muscle cars to share the same roofline. The 1970 Chevelle came in sport coupe, sport sedan, convertible, four-door sedan, a couple of wagons, and coup utility (the El Camino) body styles. Only 3 of these (Malibu sport coupe, Malibu convertible and El Camino pickup) were available with a choice of one of 2 SS options; RPO Z25 with the SS 396 (402 cid) engine and RPO Z15 with the new 454 cid engine. The base model was now simply called Chevelle (which causes confusion) in lieu of the former base 300 Deluxe, and was only as a Sport Coupe or four-door sedan. Up in Canada however, the base series retained its 300 Deluxe name, with appropriate badging on each front fender just behind the front wheel well. The hardtop, convertible, and sedan received the upgraded sheetmetal but the station wagons and El Camino retained the previous year sheetmetal panels (which went on for the next 2 model years).Station wagons were the entry level Nomad, the Chevelle level Greenbrier, the Malibu level Concours and an upscale Concours Estate. New options included power door locks and a stalk-mounted wiper control. Engine choices ranged from the standard 155 horsepower (116 kW) six-cylinder and 200-horsepower 307-cubic-inch V8, to a pair of 350 V8s and a pair of 402 engines. RPO Z25 SS equipment option included one of these 402 cid engines but was still marketed as a 396. The second 402 cid engine was available under RPO, rated at 330 hp with single exhaust, and was available in any V8 series except an SS optioned Malibu or El Camino. 1970 also saw the introduction of the 454 cid engine and was only available with the RPO Z15 SS Equipment option. The base 454 cid engine was rated at 360 hp (which was also available with cowl induction) and the optional LS6 version at 450 hp. There were 4,475 LS6 Chevelles produced, of which 137 are currently registered on the National Chevelle LS6 Registry.