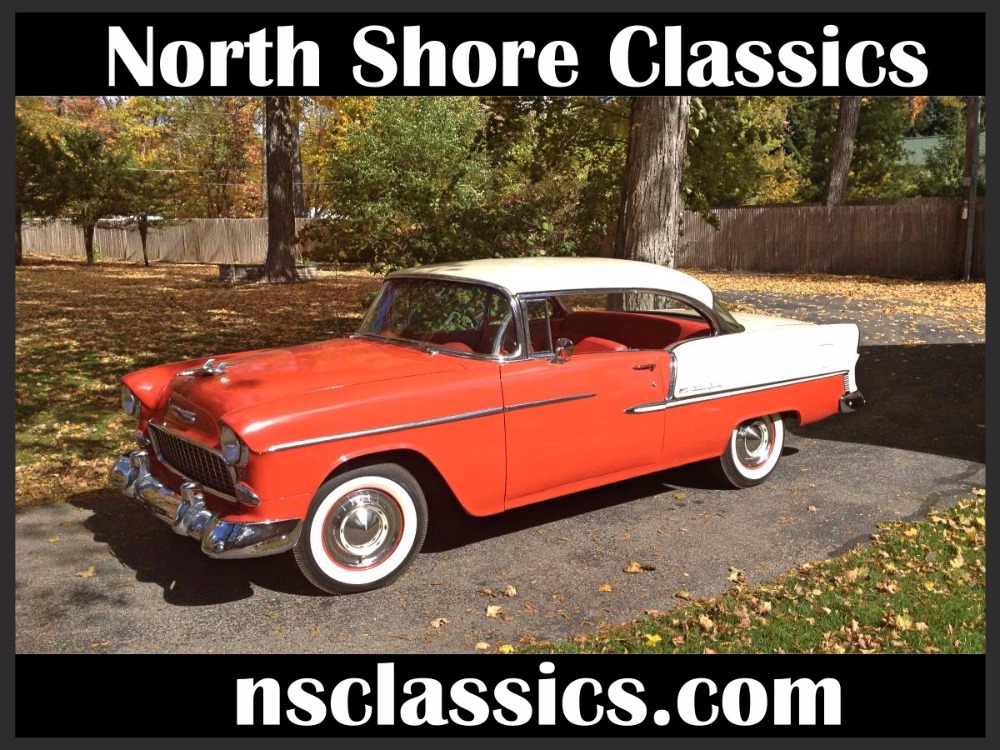 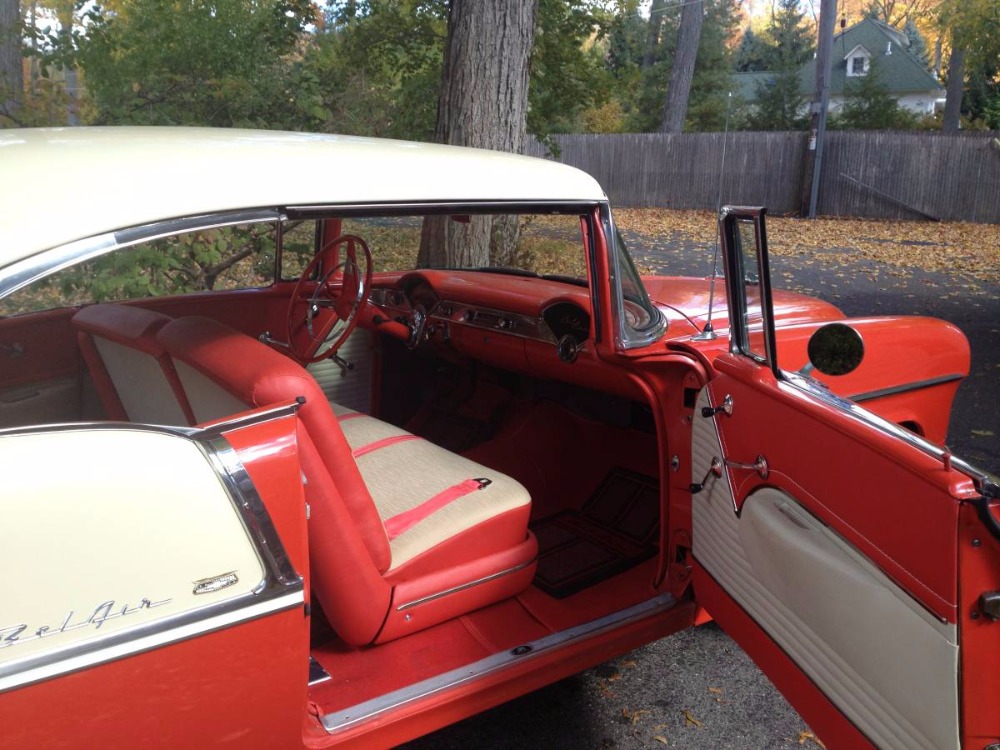 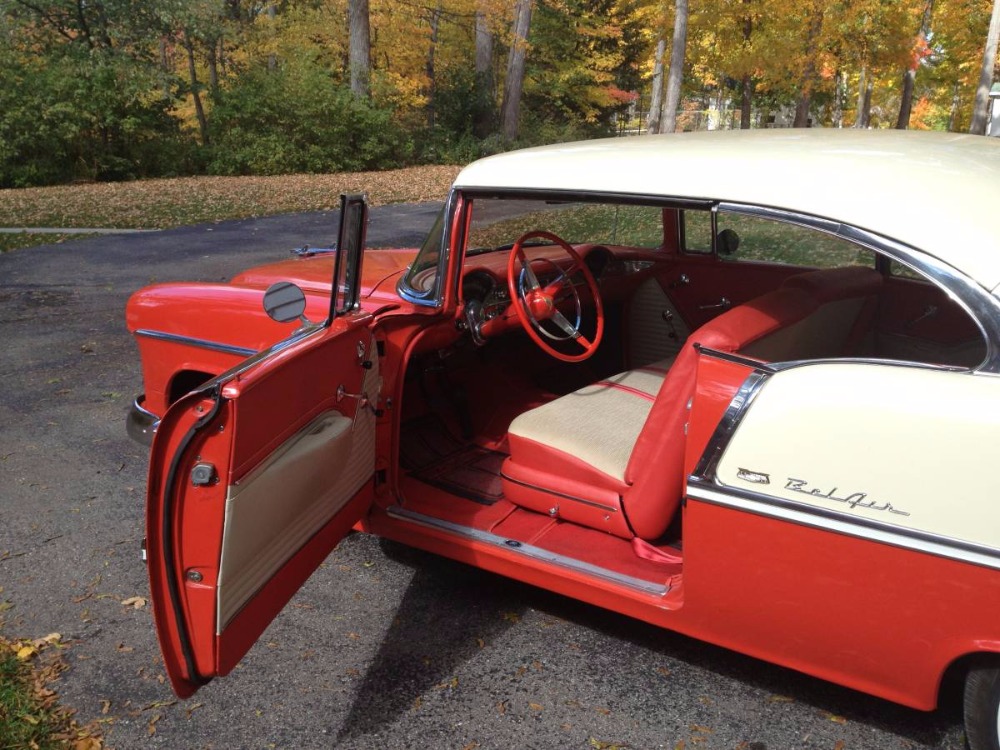 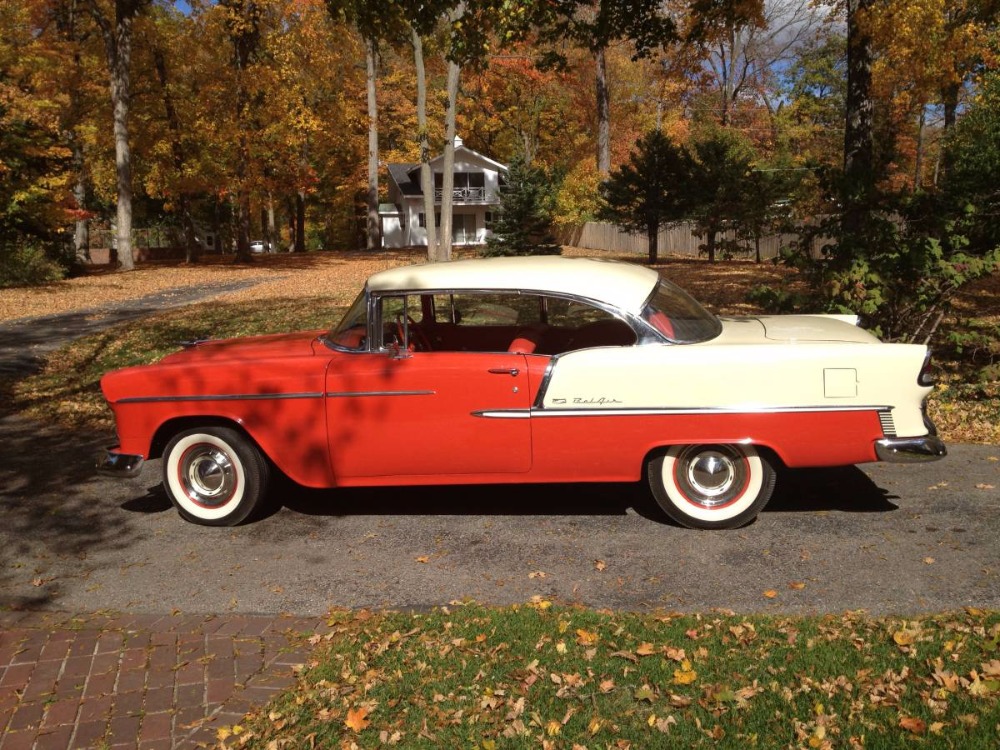 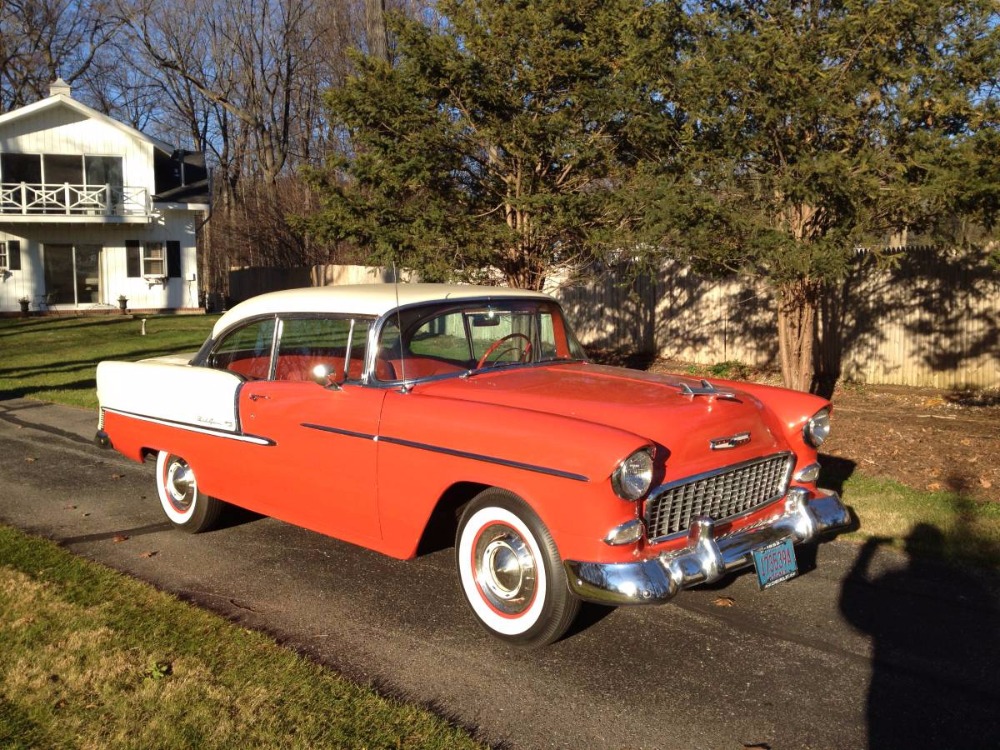 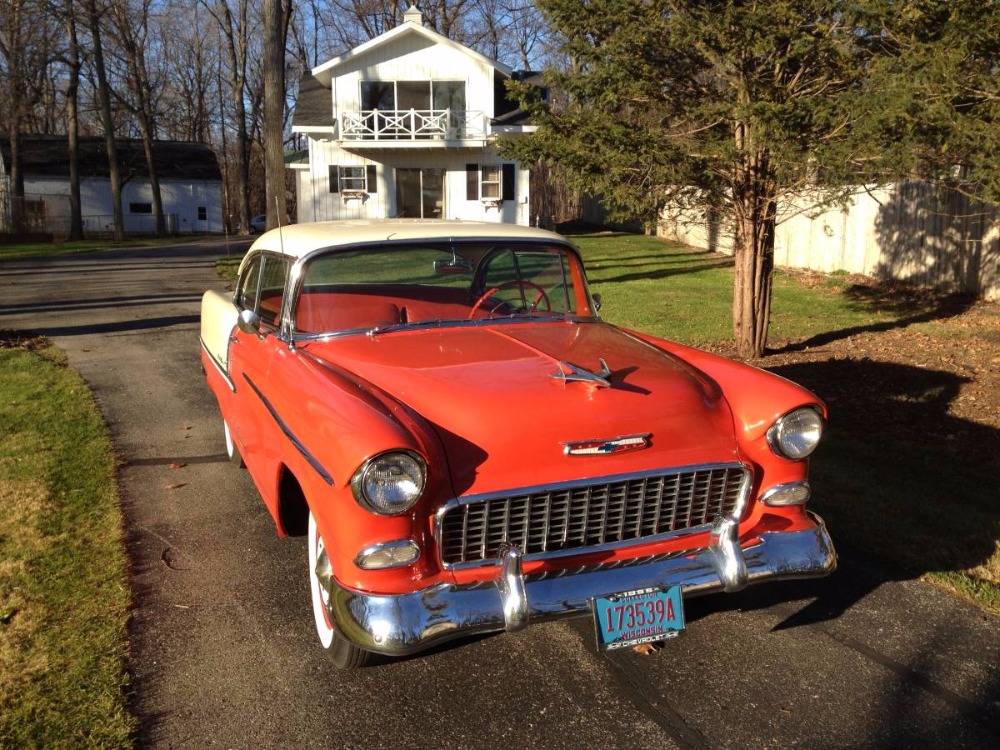 Here is a 1955 Chevrolet Bel Air
265 V8 Engine tied to a standard manual trans with overdrive
Approx. 85k on odometer
4-Barrel Carb
Dual exhaust
Power Steering and Drum brakes all around
Nice exterior paint in driver quality condition
There is a small chip in the hood and minor road blemishes
Matching Interior also in good shape
All gauges are working
Heat/Defrost
Factory AM radio is still installed but not working
Current Owner has enjoyed for over 5 years
Original FL classic

The Chevrolet Bel Air is a full-size automobile produced by Chevrolet for the 19501981 model years. Initially only the two door hardtops in the Chevrolet model range were designated with the Bel Air name from 1950 to 1952, as distinct from the Styleline and Fleetline models for the remainder of the range. With the 1953 model year the Bel Air name was changed from a designation for a unique body shape to a premium level of trim applied across a number of body styles. The Bel Air continued with various other trim level designations until US production ceased in 1975; production continued in Canada for its home market only through the 1981 model year.

For 1955, Chevrolet's full-size model received all new styling and power. The 1955 Bel Air was 3,456 lb (1,568 kg) and 15 ft (4.6 m) long. It was called the "Hot One" in GM's advertising campaign. Chevrolet's styling was crisp, clean and incorporated a Ferrari-inspired grille. Bel Airs came with features found on cars in the lower models ranges plus interior carpet, chrome headliner bands on hardtops, chrome spears on front fenders, stainless steel window moldings, and full wheel covers. Models were further distinguished by the Bel Air name script in gold lettering later in the year. For 1955 Chevrolets gained a V8 engine option and the option of the 2 speed Powerglide automatic, or a standard three speed Synchro-Mesh manual transmission with optional overdrive. The new 265 cu in (4,340 cc) V8 featured a modern, overhead valve high compression, short stroke design that was so good that it remained in production in various displacements for many decades. The base V8 had a two-barrel carburetor and was rated at 162 hp (121 kW), and the "Power Pack" option featured a four-barrel carburetor and other upgrades yielding 180 bhp (130 kW). Later in the year, a "Super Power Pack" option added high-compression and a further 15 bhp (11 kW). "Idiot" lights replaced gauges for the generator and oil pressure.